The sentence below was written by Kara in a Comment a couple of months ago and is extremely important to me personally. Thank you very much Kara. ❤

“I really appreciate how I’ve learned from you over the years that “being spiritual” doesn’t look like XYZ.” — Kara

From the very beginning of my writing about the Ascension Process and related issues online in 2003, I have never fit the stereotypical patriarchal spiritual and/or new age molds. I just said a mouthful there which is worth more deeply considering for a lot of different reasons. As many of you who’ve read me for years know, I’ve never had a current photo of myself displayed on either of my websites. I’m talking about those posed photos, you know the type, the doing your best spiritual or holier-than-thou, angelic, not-of-this-world, new age type glamor shot photo(s).

You also know that I never created an elaborate, outlandish, puffed up, triple-dipped in holier than thou type bullshit About/ Bio page about myself either. My god have you read some of them that other people have written about themselves and actually use on their websites?! They’re astonishing and very accurately do reveal exactly who and what those people are.

Let me give you my invented fantastical version of what I’m talking about. It is ego-based, self-promoting, market-based, full of crap hustle type online About / Bio page.  Over the years I’ve seen many much like this on some peoples websites.

Denise awoke two years ago and was instantly downloaded all of the information about the entire Universe. She can speak in ET tongues multiple Light Languages and can write, sing and meditate in them as well. Before her complete awakening two years ago, Denise worked for sixteen years in and for Corporate America. She uses those patriarchal tools to professionally market and promote herself and her spiritual and energy products online and at events around the world.

Denise trained under renowned Swammy Whatshisname and has a Diploma of Spiritual Excellence from his school which cost her a couple thousand dollars. She also has other expensive credentials she purchased from a variety of different spiritual and energy schools to add behind her name to give her greater patriarchal credibility, selling power, influence over unaware people, plus charge them a lot of money for her expensive memorized educations.

She has ET beings tell her what’s going on although she cannot discern if any of the information they give her is actually true, accurate and has no distortions or ulterior motives in it or if the ETs are actually who and what they claim to be.

Denise has eaten nothing but organic broccoli since her awakening two years ago. After eating her strict diet of energetically infused organic broccoli she attaches and plugs into a sacred site and stares at the sun.

I’ve never in my 68 years lived or played by the patriarchal ego-based level and consciousness, including any of the New Age or other spiritual camps and groups either for the honest reason that I’ve never been any of those things in this life. The closest I’ve gotten to an elaborate About page is at TRANSITIONS where I shared some information about the start of my Ascension Process in early 1999. No ego puff, no spiritual fluff, no expensive patriarchal letters behind my name, no speaking in ET “light language” tongues, not one day of my entire life spent at a job working for corporate American, no expensive present life spiritual or energy schooling or trainings to add to my patriarchal spiritual New Age resume — only personal firsthand experiences that are often anything but attractive, elegant or fluffy blissy. 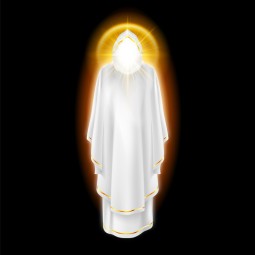 Most people with a little or a lot of lingering residual patriarchal religious consciousness still believed that to be “spiritual” one must look, sound, speak, move, posture, act and behave in very specific ways. Many believe that true spiritual people don’t cuss, get angry or animated much at all. Some believe that spiritual people should and should not wear certain colored clothes such as white to show one’s pure and elevated nature, or black or dark colors which they believe represents density and/or negativity which is old patriarchal Duality consciousness. Many believe that they should only wear certain types of clothing and fabrics. Some believe in wearing no jewelry while others believe they must wear certain quartz crystal jewelry–the brighter the better–and other gemstones and specific things to visually reinforce and clue their followers that they are indeed very spiritual, elevated and wise. Some go for the holier than thou look and routine, body posturing, gestures, vocal tones and speech because they still have negative residual Piscean Age religious distortions in their consciousness. Others are more drawn to old Eastern religious beliefs and guru types. Others attempt to come across as not of this Earth, which, newsflash, most of us aren’t anyway. Many believe that to be energetically elevated and more receptive to interactions with higher levels of consciousness, reality and beings they must eat and drink only certain pure foods and water plus fast regularly and on and on these lingering old lower consciousness beliefs from the global patriarchy and past Piscean Age energies go in so many people still today.

To me any and all of those sorts of things and behaviors are very repulsive and instant proof that those people are very much not what they’re trying so hard to convince others of. If you honestly are spiritual you don’t need any props, staging, lighting, any spiritual glam shot photos of yourself trying to do your best impersonation of what you currently believe Divine to look like in physical human form.

Oh how quickly they forget some of their own teachings, such as how every person naturally gives off an Energy Signature. Obviously they believe that no one can really See and read Energy Signatures of other people including every ascension teacher, writer, lecturer and person in front of video cameras. We See you, we read you, we know because we’re capable of honestly perceiving Energy Signatures of people and ascension teachers and other beings as well. There is no hiding, no lying or hustling in this Light at this level in Phase 2 of the Ascension Process. Egos think and believe that. The unaware think and believe that.

You know how most humans look, sound, act and move rather unattractively during puberty? We all went through it and the majority of us were an oily hot mess which is normal for what’s going on during puberty. In many ways humanity—including all the ascension teachers/writers—are currently in this Phase 2 level of the Ascension Process and Separation of Worlds and we’re all looking, sounding, acting, moving and behaving like we’re deep in the transformational throws of puberty, of evolutionary spiritual energetic puberty. We won’t always look, sound and act this way but for now we do and it’s not very attractive but it’s freaking compressed evolution we’re talking about here!

For starters everyone and I mean everyone is having to castoff the old Piscean Age and its opposite sign Virgo energies and consciousness and all else. Some people can do this faster, easier and more completely than other people. No judgement with this. Some people made it through puberty faster, easier and more completely than other people too. While all this rapid casting-off of the exiting Piscean Age energies, beliefs, reality habits and consciousness is taking place, we’re all having to step into and embody the new astrological Age energies of Aquarius and Uranus and its opposite sign Leo and its ruler the Sun. Waves of HighHeart higher awareness answers right there.

The point I’m wanting to make is that what has been seen, felt, believed—old patriarchal and Piscean Age XYZ spirituality etc.—to be all the things they were no longer apply to where we are today in Phase 2. We all, ascension teachers and mass humanity, are in a state of change the likes we’ve not experienced ever before while incarnate in this or any other life and body on Earth. I’m not talking about the future or near future but right now today. We’re all in awful and awkward “puberty” states of profound evolutionary transformation both internally and externally, both individually and collectively across the physical world. We’re anything but hot n’ sexy right now. We’re anything but wise and all-knowing right now. We’re anything but all together, slick and clever right now, and you know what else, it’s all normal and needed for what we’re going through right now. Personally and collectively so get over your old shit whatever it has been and just mature, just evolve, just let go of and dare to become all NEW and shiny… soon and in ways you did not and could not perceive last year or last decade. Put down your old beloved props, costumes, gadgets and tools and honestly, with your whole HighHeart step up into an unperceived as yet NEW and shiny you now. You want physicalization? It’s here and not what most were expecting but how exciting is that!

Phase 2 of the Ascension Process, and these final levels of the Embodiment Process if you’re doing that now too, are so different from Phase 1 and what everyone thought and expected them to be like. We’ve all perceived what we were each capable of perceiving at the time, at the time, but we continue evolving and changing which means we continue being able to perceive greater, higher and larger every day now. Don’t pretend you’re not in this current Phase 2 level of evolutionary “puberty” and awkwardness while hiding in your “bedroom” away from others. This is part of The Process we’re all in now, this physicalization, shifting, casting-off and separating from what has been. This part MUST be lived day by day by each of us in our own ways so that each of us becomes not only all NEW and shiny but energetically sovereign and empowered in all NEW and shiny ways too. So important this. Give yourselves this profound freedom now instead of clinging to the old lower past things. Trust that this current Phase 2 Process is doing exactly what it’s designed to do for every single human alive now. Trust it, let go of the past in all ways. Dare to become something entirely different and stop thinking you know everything about everything because you don’t and neither do I. I do know we’re becoming now and that we’ll become even more the more we release of the, of our pasts.

Spirituality no longer looks like XYZ, especially now in Phase 2 of the Ascension Process. How naked can you allow yourself to get to become more of Source as yourself physicalized on Earth now? That was an unfair question because you don’t know yet, not really, but I very much hope you soon find out. I very much hope we all do. Use this strange time in NEW ways to do entirely NEW things within yourself and your life and reality. This is a big way we’re currently bridging from what has been to NEW Earth, NEW Humans.

Please support my work and Donate — thank you.

Copyright © Denise Le Fay & HighHeartLife, 2020. All rights reserved. You may share this article so long as you don’t alter it in any way, the content remains complete, credit is given to the author, and this URL https://highheartlife.com and Copyright Notice is included. 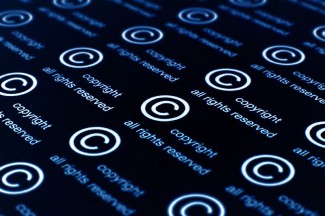