All of 2014 I’ve had that symbolic visual message in my Heartmind I received at the start of this year about the 12 Labors (of Hercules). As each week and month of this year passes it’s become increasingly obvious that we’re each going through highly personal “labors”, the majority of which are about greater disconnections and releasing from our old past whatever(s), including old aspects we still hold about our self. It really is astonishing how many layers of our old lower past incarnational stuff—old pre-Ascension Soul Contracts, old blueprints, old issues, old lower social and cultural beliefs and habits, old personal conscious and unconscious habits and beliefs etc.—are being glaringly, repeatedly spotlighted throughout 2014 to force us to become consciously aware of our personal Herculean-like labors and then fully release them, whatever they are. Why? So we can embody, live within and freely create in the NEW, not continue consciously and/or unconsciously hauling around old lower frequency pre-Ascension blueprints and Soul Contracts that expired along with the entire grand December 21, 2012 Expiration Date.

I can look back at 2014 and clearly see the different layers I’ve been slammed with, most notably in late April, all of May, then again at another more intense level in late August, all of September and into October. Plus I don’t sense that December 2014 will be an “easy” month of nothing but holiday fun n’ giggles either, not that I really care at this point because I’d rather just do it and embody, anchor and move more fully into the NEW. Then we have all of 2015 to do this again but at an even higher level of Light energies, consciousness and physical being. No fear please over this; just do whatever your personal Inner Work is now so that the next thing and the next and the next etc. will be vastly easier and faster to deal with. This has always been the Stair-step Ascension formula; a little now, a little more later, a bit more after that, much more after that, far more after that and so on. The grand Alchemical Ascension Stair-step Process at work within us and all around us. ❤

Despite the tears, fears, emotional wounds, unending exhaustion, sudden Uranian explosions of repeated changes, confusion, plus the downright brutal blood n’ guts nitty-gritty flavor this year has been, I strongly suggest that you also do a personal review of 2014 now in October (the 10th month with its upcoming 10/10 passage) so you’ll have a more clear and honest higher perspective on what all you’ve personally gone through this year and why.

A quick random thought before I forget it like I so often do when writing.

About five or six days ago I was driving and clearly saw directly in front of me up in the sky a brilliant white flash of light that was pretty large. It looked very much like what sunlight reflecting off a flying airplane looks like except vastly larger, and, there was no physical airplane in this case! I stared at this large flash of light for about three seconds and then it winked out. I got the distinct feeling that the brilliant flash of light in the sky wanted me to see it at that moment. After my brain did the ‘Where’s the airplane that caused that flash of light’  series of “rational thoughts”, I re-entered Higher Awareness HighHeart and felt and sensed whatever I could about the flash of light. I perceived that it was a sort of purposeful wink in my direction by The Light & Co. to remind me that the “good times” are a comin’ and soon now because of what all we’ve accomplished since the 12-21-12 Expiration Date. ‘Thank gawd and it’s about time!’ was my telepathed response to the flash of light.

A few days after that experience I saw something multiple times one evening in my bedroom. Had I only seen it once I wouldn’t have given it much credence, but I saw it five times that evening so I wanted to include it here too.

What I saw was nothing more than what looked like a large physical bug flying around near my ceiling in different spots. But, just as with the flash of light in the sky experience, this flying bug would be visible to me and while I was staring directly at it, it would vanish. It didn’t fly away and I lost track of it, it disappeared while flying and simply was not there physically. This happened five times while I was staring directly at the bug when it vanished each time only to reappear a few minutes later in another area near the ceiling.

Over the years I’ve seen physical birds literally exit this dimension while in-flight, which they can do effortlessly and joyously. I’ve watched hawks, hummingbirds and other physical birds physically flying in the sky literally wink out from this physical dimension. Occasionally I’ve seen them return, but mostly not. Many birds, insects and other animals can and do effortlessly and with great joy simply exit or wink out of this dimension and return after some linear time. You know, just like certain UFOs do. 😉 This bug—and who knows what all else—was doing this same thing of repeatedly entering/exiting this dimension.

It’s the why of this that I find interesting and telling now, not the phenomena itself. I believe I saw these two things recently—and many of you have probably been seeing different things entering/exiting this dimension lately too—because we and other lifeforms have been and continue moving and fluctuating between the old and the NEW worlds, energies, consciousness, timelines and dimensions etc. I’ve actually been expecting to experience more of this the farther into the NEW we go. I just wanted to remember to share these two recent Multi-D shift events because it’s become so open and easy to move in to and out of other levels and layers of “reality”, Earths and dimensions now. Pay attention, take note, become more consciously aware of the fact that you are expanding into greater multidimensional territories that you exist and create within. We’re just becoming more consciously aware of this now is all. This too is another aspect of our Ascension Process and expanding sense of self/Self and “reality” and “time” etc. 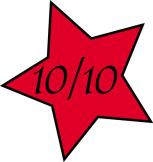 Gird your frontal lobes because I’m going to hit you with another of my stunning Higher Visions that is, as usual, extraordinarily simple and almost goofy to the point of being embarrassing. But hey, I got the message loud and clear and that’s all that matters, besides, I always enjoy the Higher humor I receive plus it makes the entire information all the more easy to understand and share.

As I mentioned above, I perceived earlier this year that all of 2014 was going to be like the symbolic 12 Labors of Hercules for us on individual levels and that’s certainly been the case. What a year its been so far! But, a couple of weeks ago I perceived another specially–designed-for-Denise visual symbol of the energetic potential existing within October, November and December 2014. This potential exists for all, however it’s up to each of us individually whether we can take advantage of these last three months of 2014; October’s 10/10, November’s 11/11, and December’s 12/12.

This strange visual symbol told me that these last three months and energy gateways of 10/10, 11/11, and 12/12 hold the potential to carry us in giant leaps forward in all ways into more of the NEW energies, consciousness, life, living etc. IF we’ve done whatever necessary “Labors” during the earlier 9 months of 2014 that we individually needed to. If we’ve done the prep work that this year has required of us, then the potential exists for us to take three (10, 11, and 12) consecutive giant leaps forward into more of the NEW (13) and vastly more comfort, comfortable, easy, sane, higher ways of being and living and life on the NEW Earth at this point.

I’m not saying that we’re going to go from today right into sitting at the side of God tomorrow like some old Hollywood movie! No, but the potential exists for those who are ready and able now to leap forward in October, and again even more in November, and even more so than that in December 2014. These are energy Stair-steps too, just much bigger and more grand than anything we’ve encountered since the Expiration Date.

Please understand that this is the Ascension Process now in the NEW, and that by the end of December 2014 we won’t magically be all “done” with that Process. We’ll be vastly farther along within it which will make it much easier and faster to continue living. 2015 will be even more intense than 2014 was, still is, and I’m not saying this to instill fear, panic or discouragement in anyone. I’m saying that the Ascension Process is ongoing for us all and that it does get much easier, faster and of shorter duration the farther we go in it. This is why some Ascension Teachers continue reminding everyone to deal with your old lower stuff/issues/situations NOW because it only becomes more painful and difficult to deal with the longer one puts it off. No one can continue carrying old lower frequency stuff and consciousness (whatever that may be) into increasingly potent NEW higher frequency Light Energies, Codes, blueprints, Grids etc. No one, so deal with your remaining stuff as honestly and quickly as you can. Since the Expiration Date the NEW Light, Codes, blueprints, Soul Contracts, Grid energies, Rewiring etc. will only continue to grow in their intensity as they increasingly come online so to speak within us, our bodies, our consciousness and the NEW Earth world and its many NEW positive realities. More layers is all, and eventually even that won’t be an issue for any of us so fear not.

Update on my Mom

You know how weird “time” has been? It’s so much worse and longer seeming when one has a situation that’s dealt with from the old lower world systems and people strongly attached to them.

At least once a week I inform my Mom about how long it’s been since her triple bypass, since her stroke, mainly to help her locate herself within what must seem to her like an unending stint spent in the Nursing Rehab facility. I inform her about every little progress I see and hear in her every other day that I visit. She cries over everything now which is something she never did before, and probably because her heart has blood flow/energy flow like never before. She’s finally better able to sit upright now and not tip over to the left because the stroke affected her left side. She still has severe double vision due to the stroke which makes everything that much harder for her to do. She still can’t remember words, but neither can I and I’ve not had a stroke! She is improving VERY SLOWLY from my, from her perspectives, but rather quickly from the perspectives of the rehab therapists so there ya go. She’s still in diapers and probably will be for a while longer but hopefully that will resolve itself too. She hates the food there which is way too heavy and too much of it for her which is part of the need for diapers at this point. Fun times in 2014 for all. Wow

Hang in there everyone and use these current energies, transits and eclipses plus the 10/10, 11/11, and 12/12 launchpads to propel yourself deeper and higher into the NEW more so than what’s been possible to date.

Donations can be made here   Thank you very much for the energy exchange.

Copyright © Denise Le Fay & HighHeartLife, 2014. Use or duplication of this material is strictly prohibited. All rights reserved.