It’s not difficult to feel how much higher frequency and more intense the 2021 solar plasma energies, other GC (Galactic Center) waves and pulsations, and entirely higher octave Phase 2 evolutionary ascension energies in general have been so far this year. January and February 2021 have felt like we’re constantly navigating up entire flights of energy stairs faster than we ever have or could before. That is wonderful, but it’s also incredibly intense on our physical bodies and CNS (Central Nervous System).

From around 7 AM this morning, March 1, 2021, I’ve had that ascension symptom of feeling intense inner body freezing cold. Remember in Phase 1 of the Ascension Process when it was primarily intense inner body heat “hot flashes”? It’s now an inner freezing cold that nothing helps warm you up, just like nothing reduced earlier ascension caused inner body heat. You simply have to live through it, embody it, and be permanently changed because of it time after time after time. It’s after 5 PM as I quickly write this and I’m still feeling the inner body deep freeze — and this is the longest I’ve ever experienced it.

The accompanying higher and higher pitched inner ear sounds of constant squealing, and/or the two-toned higher and lower sound tones pattern, and sometimes now a third layer of inner ear sounds stacked on top of each other is the old inner ear “Morse code-like” rapid clicking. All of which are side effects of us being in these higher octave 2021 Phase 2 solar plasma windstorms.

These periods of embodying the latest incoming 2021 solar wind plasma has been causing the inner body freezing cold side effect to last longer each time they happen so far this year. Expect anything with this. You know when you intentionally charge, code or “program” one of your quartz crystals to do something specific? This same process is happening to us and our NEW crystalline physical bodies and inner crystalline grid systems and Diamond HighHearts. These solar plasma winds and other comic energies and Light are “programming” us with more NEW higher energy patterns, codes, templates etc. and this is often felt as longer and longer periods of severe inner body freezing cold, along with body weakness, exhaustion, need for more sleep, inner ear sounds and additional tones and sound patterns. Again, expect anything from here on out and take extra care of yourself and your physical body. These are energies that are higher in frequency with NEW qualities and abilities than anything we’ve experienced before. If you’re very sensitive to them too, then be prepared for much if not all of March 2021 to be energetically intense in multiple ways… not unlike January and February were. No fear, just more naptime to embody.

“GOOD NEWS, IT’S MARCH: Look at these data. March is the most geomagnetically active month of the year. (October is a close second.) Why? It’s the Russell-McPherron effect. During weeks around equinoxes, cracks open in Earth’s magnetic field. Solar wind pours in to fuel geomagnetic storms. Today is March 1st and, right on cue, the strongest storm of the year erupted. Read on….

GEOMAGNETIC STORM: Surprising forecasters, a moderate G2-class geomagnetic storm occured during the early hours of March 1st. “The sky literally exploded over me with a gyrating green ribbon of color,” reports Harlan Thomas, who sends this picture from Kananaskis Country, Alberta: 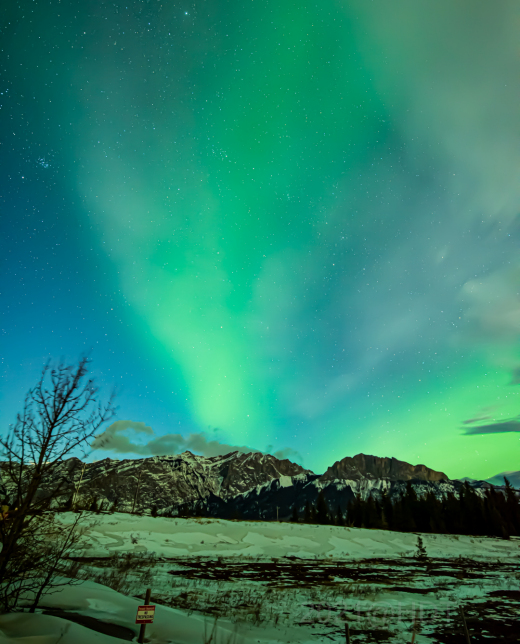 “I also caught the conjunction of Mars and the Pleiades,” says Thomas. “They’re converging for a close encounter on March 3rd.” Note: They are right here.

What caused this storm? A significant crack opened in Earth’s magnetic field, and remained open for more than 5 hours. Bright auroras spread across much of Canada and Alaska as solar wind surged through the opening. According to our records, this was the strongest geomagnetic storm since a G3 event in May 2019.

More auroras are in the offing. Earth is entering a high-speed stream of solar wind flowing from a southern hole in the sun’s atmosphere. This should unsettle the geomagnetic field and ring the Arctic Circle with green lights for another day or two. Aurora alerts: SMS Text.”