“ATMOSPHERIC CANYON ON THE SUN: A large hole has opened in the sun’s atmosphere, cleaving the Earth-facing side of the sun with a gaseous canyon more than 700,000 km long. This image, based on data from NASA’s Solar Dynamics Observatory, shows the jagged structure directly facing Earth on Oct. 22nd:

This is a coronal hole–a region where the sun’s magnetic field peels back and allows solar wind to escape. The solar wind emerging from this hole is blowing faster than 600 km/s and is expected to reach Earth during the late hours of Oct. 24th. NOAA forecasters say there is a 45% chance of polar geomagnetic storms on Oct. 24th, increasing to 80% on Oct. 25th. Arctic auroras are in the offing. Free: Aurora Alerts. ”       http://spaceweather.com/

The Sun continues doing its part in these October 21–25th Gateway energies, and as you can see by SpaceWeather’s report above, there’s more coming so keep the antacids and other digestive, guts and bowel-soothing aids close by!

Man this one’s been really tough on the tummy/digestive track, the HighHeart, and the head because many of us are processing on a Milky Way galactic level now, which is also assisting the entire galaxy to ascend to a higher octave. Have any extra weird dreams along these types of lines the past few days? Walking around in an Earth world that’s been abandoned by recent humanity? Closing down old systems and worlds? Overseeing the completion and disintegration of the old everything on both global and galactic levels? Is it any wonder we’re needing more sleep time and some of our physical body parts have felt really horrible and rebellious? No because so much more is currently happening than most realize.

I often intentionally zoom out beyond the Earth, turn around and view it from that position. Lately however this has happened to me automatically on a galactic level; I suddenly zoom way out beyond the Milky Way galaxy, then turn around and view it—the entire galaxy—from that position. The reason this has been happening during this late October 2017 Gateway is because the entire Milky Way galaxy is in the process of evolutionary ascension to a higher octave and place. Why my digestive track is so affected by this is beyond me but whatever, it’s just Ascension business as usual really. 😉 And you thought you’ve just been Working on Earth all this Volunteer lifetime! Not hardly fellow Ascension co-workers, we’re at a galactic level now with all this. Universal is up next. Swoon…

Going to keep this one short as I mainly wanted to let everyone know that more Solar winds, therefore Earth and human magnetic fields are being impacted and upgraded (further crystalline DNA and more) and will continue. Rest and sleep and know that you’re doing so much more than just feeling rotten again. ❤ 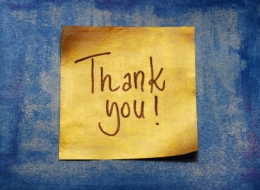 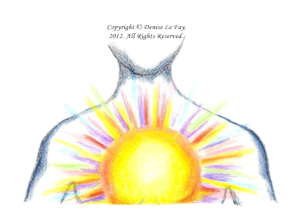