In my earlier article The 12 Labors, I talked about this phase of the Ascension Process for the Forerunners and how I’d perceived that many (not all but many) will need one full year–from the 2013 September Equinox to the 2014 September Equinox–to physically, incrementally live this phase of embodying more into the physical body. There are multiple reasons for this Stair-step approach or activation process but it’s always about doing it safely and only when one is able.

Another aspect of all this that some of the Forerunners of the Forerunners have also been experiencing throughout 2012 and 2013, is that of your Higher Self and/or your Ascension Guides and/or On High occasionally informing you — ‘Wait, not yet…’

And so, some of the Forerunners of the Forerunners have repeatedly had to wait because no matter how badly we wanted to get to the next phase, we were informed multiple times over the past two years to hold up and wait. We understand, but after a while it does have a tendency to occasionally make one nuts with Ascension Process “cabin fever”. This repeated aligning and preparation business is incredibly important and things happen exactly when they’re supposed to. So, we’ve waited some more which makes this next part all the more humorous.

Because I know there are scant few who would publicly admit this, I want to share something personal I feel many may also have been dealing with besides me, especially since 9-21-13. From one point of view it’s rather ridiculous, but from a few other levels it makes sense. Some of us are so close now to the “really great stuff starting” that why not have a laugh or two over the silly contortions (aka distractions, procrastinations) some of us (me) have put ourselves through right up to this long-awaited start point of finally embodying so much MORE.

Since September 21, 2013 Equinox I’ve unexpectedly been in an ongoing process of having to quickly releasing certain people, certain things, and also every project (aka distractions, procrastinations) on my late 2013 To Do List. Some of this releasing has been wholly my doing because I could easily feel and know that I HAD to do this now and the sooner the better for all involved. In other cases however, this much-needed releasing has been placed on me from On High (and thank you ever so much On High for doing it and greatly helping me ❤ ).

These divine interventions I’ve been repeatedly experiencing in different ways since 9-21-13 but like crazy all of December so far, have come in the form of being stopped every single time I’ve tried to do something — something like start writing a third book; like find a plumber to install something that needs replacing; like hire someone to paint my backyard fence; like get the oil changed in the car; like figure out “Obama Care” and what/where/with who and how much is it going to cost me etc. Lots of that type of stuff.

Every time I’ve tried to start one of these many physical “Doing” projects during this 2013 fall quarter, and especially in December, there’s been all sorts of crazy derailments, distractions (of other people and myself) and me getting nowhere with any of them. When this business went to the ridiculous extreme that it had to because — well, we’ll get to the why of my silly actions next — that’s when it finally dawned on me that I wasn’t supposed to be “Doing” these physical projects now. I finally realized that I am the Project that needs to be dealt with now, not anything else. Me, not the fence getting painted, not the car oil changed, not finding a handyman or plumber but ME because I am the Project. You are the Project, not the Christmas holidays, not family or anything else, just YOU, just ME. On High says ‘No pressure though, just a reality check and a quick reminder to get your priorities sorted out dearest.’  Thank you yet again for this much-needed redirect and reminder On High. ❤

Once I realized what I was doing I had to honestly look at why I was doing it and now of all times! And know that no one was more surprised by what I discovered than myself. My birthday is December 23rd so every winter Solstice is conjunct my Sun/sense of “self”. So why after 62 brutal years of living as a First Waver Volunteer from minute-one, and working towards what’s about to begin for some, why oh why would I get myself tangled up with and distracted by all the silly physical “Doings” that I’d created for myself in my 2013 fall quarter To Do List? Why in the universe would I feel it more important to say to Source/God/Divinity/Evolution/My Higher Self, ‘Wait! I’ve got to do the laundry first.’ ‘Wait! I’ve got to paint the fence first.’ ‘Wait! I’ve got to write another book first.’ ‘Wait! I’ve got to hire a plumber first.’  🙄

I won’t bore you with the silly personal reasons I discovered in myself but just say that even those of us who’ve been at this Ascension Process for decades can become so habituated with the “Doing” and hammering out the Divine Work in the physical that we volunteered to do, that when the time finally arrives for us to lay down our old tools and “give it all up to God” as the saying goes and become MORE of us, become the “second coming”, some of us might be encountering a tad bit of personal hesitation. Utterly ridiculous I know but there it is for some of us now. However, thanks to utter exhaustion, unrelenting physical pains and many years of personal experience doing this it’s become very easy to quickly let go of, release, surrender, open and “BE” instead of “Do” and let the Ascension Process continue unfolding in and through us.

Just because this “Denise” version hasn’t done this before doesn’t mean that I won’t immediately recognize the incoming payday enhancements because I know I will. I know you will too because it will be so blessedly familiar–it will be “Home” again. But, to discover that some small inner part of me (and possibly you) has been recently saying ‘WAIT a second here!’ to the heavens at this particular phase of the Ascension Process is a bit of a mind-blower to me. I never would have expected this from myself and yet, that’s what I’ve found myself doing a few times lately. Even at divine monumental moments such as these we’re in now, some of us momentarily freak and need to “WAIT” to have one more good look around first.  😉

This is unrelated to the above material but I’ve wanted to mention this for a while and kept forgetting.

Remember many years ago when you first discovered that you could still see the room you were in even though your eyes were closed? Even though it was pitch-black and you couldn’t see in the dark with your eyes open or closed… but suddenly you could see in the dark and with your eyes closed to boot!? That’s another one of the growing list of Ascension Process higher abilities that’s pretty handy. Another one of them is what I’ve forgotten to mention — the ability to dream while you’re wide awake.

I can’t remember exactly when I first discovered I was doing this but it’s been a few years now. But, in late 2013 this ability to dream while I’m awake has progressed greatly and quickly become another “normal” NEW ability. There are many more of these types of NEW higher multidimensional abilities we’re all going to have, but dreaming while awake is great fun. Multidimensional multitasking!

Donations can be made here  Thank you deeply.

Copyright © Denise Le Fay and HighHeartLife, 2013-2014. Use or duplication of this material is strictly prohibited. All rights reserved. 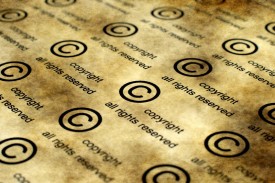