During the month the Sun transited Aquarius—January 20 to February 18, 2021—I didn’t know if I was going to make it through that higher than ever before electrified Aquarian AIR month with body, old yesterday self, heart, CNS and psyche intact. I did not which was the whole energetic point. I did however come closer than I ever have before to closing up my online shop and disappearing.

There have been some parts of the Ascension Process that were personally really easy. There’ve been other times however that seemed like eternal pits of pain, suffering physically and emotionally, attacks, and depression. Aquarius 2021 was all that and so much more for me. I perceived, felt, lived through and with higher clarity and knowing perceived and felt more than I had expected during that month.

In February 2020 my right shoulder started hurting, again, and that pain was with me all year. I knew then that something, or a small group of somethings in our physical and etheric bodies were being energetically worked on incrementally that entire year.

The ancient negative inorganic distortions placed in human bodies and all else must be removed for the NEW organic evolutionary codes and Light energies to be embodied and be the (only) operating system within humanity. Higher and lower cannot co-exist in the same space and that most certainly includes human bodies.

It’s never been a situation of only more and higher NEW Light energies and codes coming in and being embodied, but also a process of incrementally more inorganic old implants and other such negative distortion devices being removed at the same time. This is often experienced by some people as much more painful periods of ascension aches, pains, pressures and such. Often that incredible inner cold side effect happens during periods when more old inorganic etheric implants are being removed and more NEW organic codes are being embodied. We often need to get under heavy blankets and quickly go to sleep during intense energetic changeout periods. And they’ve been almost constant since Phase 2 of the Ascension Process began in January 2020.

In February 2021, now with both shoulders and that entire front and back area of my body hurting, I clairvoyantly Saw something obscene. I’ve clairvoyantly Seen plenty of etheric obscenities in my lifetime but some of them still shock, horrify and repulse me then make me mightily angry when I first perceive them non-physically. 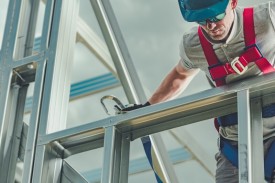 What I Saw in early February 2021, looked to me like some type of old Team Dark etheric harness. It had two vertical straps over my shoulders and one main horizontal strap across the upper front chest and the upper back area. This old pre-ascension negative etheric device was black in color and about 1.5 inches wide everywhere. It clearly resembled a harness — a negative etheric harness. The red straps in the photo are basically similar in placement and size to what I Saw but they were black and did not go below the physical heart area. There were no straps below the HighHeart level of this etheric human harness.

While viewing this negative etheric device I perceived its purpose and what it had done to humanity and why. Simply put it was an ancient Team Dark creation they intentionally etherically overlaid within humanity long ago to prevent them from naturally evolving. This heart area harness device hasn’t been the only negative inorganic distortion implanted in humanity long ago. There have been many.

This negative etheric harness was put in place to prevent humanity from naturally evolving, from naturally experiencing the activation of their HighHeart and HighHeart based consciousness, creativity and external physical reality. Like all these ancient negative devices, they were/are created by Team Dark to prevent humans from natural organic Source generated evolution. This particular heart area harness was to prevent the activation, embodiment and operation of the grand and very important evolutionary shift from the old lower frequency bottom three chakras up to the much higher frequency HighHeart Center as humanities NEW ascended focal point, in-body working station, primary consciousness seat and general distribution center if you will.

There were two additional black L-shaped extension straps to this heart harness device. They were vertical and rigid and went up to about ear level. They did not touch the head or ears but stopped at that height of the human body. They were top of the device demarcation lines was the impression I got.

I perceived this device was not only an etheric limitation, interference and prevention harness to the centered upper chest HighHeart energy Center, but was also connected into the NEW ascended throat and trinity brain glands energy centers. In other words, it was another of many attempts by ancient negatives to prevent humanity from organically evolving into, accessing and utilizing NEW ascending higher levels of being, consciousness, energies and abilities to Consciously Create NEW external world realities.

Here’s the good news about all that ancient negative crap. Nothing and no one can, have or will prevent organic Source created evolution. Nothing and no one. Period. That’s not to say some won’t continue trying however as is obvious in current Earth reality. However, all the evolutionary tools you need to override all old negative etheric implants, plus all other current external physical bullshit tactics and tales won’t work if, IF you remain in the higher evolutionary process and don’t allow yourself to get pulled off it into where “they” want you, your consciousness and energies to be now.

It all comes down to which is more important, more interesting, more valuable to you every minute of every day and night? Natural organic Source created evolution, or, the latest incorrect stories by both people that don’t know what’s truly going on because they cannot reach higher levels of awareness and perception currently, and/or those people that very much want you, your energies and consciousness NOT naturally evolving now? Just do it or just get suckered off, pulled off, hustled off the Ascension Process path. Choice is yours but know that other humans have always been there doing their best to prevent this current natural evolution and you staying focused long enough to get yourselves enough energetic lift to finally and fully fly free above the lower chaos, ignorance and deceptions.

Some of you have been experiencing yearlong or longer physical body pains, aches, pressures, stiffness and restrictions in one or both shoulders, the HighHeart area in the upper front chest, and also the upper back and spine. Some of these pains in this specific area have been due to this old negative etheric heart area harness (“program”) being energetically undone, dissolved, overwritten and removed since Phase 2 started. Some of the pains in this same area have also been caused by the ongoing embodiment of more and continually higher frequency NEW Light, energies, codes, HighHeart expansions and Embodiment and so on. Higher and lower cannot co-exist in the same space which means the dismantling of old negative etheric implants continues in our bodies as does the embodying of steadily increasing higher and higher frequency Light energies. Both are and always have been happening to those of us that are currently capable of doing such energetic Work in and through our physical and energy bodies. Both, simultaneously, meaning some extra pains and pressures for those capable of doing this type of Work. 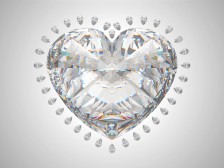 Some of the symptoms and energetic side effects of both the overriding and removal of old negative etheric implants and other etheric AI devices, AND the ongoing embodiment of continual higher frequency NEW Light energies, is more HighHeart expansions which typically cause center of the upper chest pains, hard body-rattling heartbeats, thumbing, pounding, moving sensations in the HighHeart area. Mild pain in the upper lungs when breathing deeply sometimes. Pain and increased pressures in the spine and vertebra in the back around the entire HighHeart area — from the top of the diaphragm level all the way up to the lower neck area of your spine. Pains up into one or the other or both shoulders and surrounding areas. That sudden inner freezing cold I mentioned earlier that’s been lasting longer and longer the deeper into these evolutionary shift changeouts we go. Remember during Phase 1 how the inner freezing cold only lasted for minutes? Now it can last for hours. Nightmares, astral hijackings, negative con jobs on shady astral lucid dream corners and such. Daytime wide awake bombshell disclosures in the form of you suddenly and MUCH more clearly knowing more from higher levels of perception about all sorts of personal, human collective, galactic and cosmic things.

As we travel deeper into the Age of Aquarius and Higher Awareness (Aquarius, Uranus, AIR), and Conscious Creativity (Leo, Sun, FIRE), the more important it becomes for each of us to master personal Neutrality about everything. This is about see it, See it, feel it, know it, know it with higher and higher, clearer and clearer Higher Awareness and NOT come unglued in any way because of any of it. The highs will only get higher and the lows only lower for the time being which means to survive in ascended Aquarian / Leo energies we’ve got to master Neutrality individually as we ascend to surf bigger and more complex energy waves and feel more and more. As more of the old negative harnesses are removed and replaced with Divine NEW, we’re naturally and automatically going to be suddenly and unexpectedly (Uranus) experiencing greater personal disclosures about our individual selves, our individual lives, about other people including family, about humanity in general, about Team Dark, Team Light and all, ALL else. And that my friends is easier when you’ve got some stabilizing Neutrality under your feet and in your HighHeart and around you and your personal reality.  [Comments remain closed.]

Donations can be made here and thank you for your support.

Copyright © Denise Le Fay & HighHeartLife, 2021. All rights reserved. You may share this article so long as you do not alter it in any way, do not remove or replace images or photos, the content remains complete, credit is given to the author, and this URL https://highheartlife.com and Copyright Notice is included.