After the past few days of difficulty let’s call them—roughly around August 17th or so through late 19th—the energies have changed once again and by gawd it feels ever so good! What a week it’s been, both horrid and wonderful, but I have to say that this change of the energy tides has been one of the most noticeable and dramatic I’ve experienced since the Three Days of December 21, 22 and 23rd of 2012 and that’s saying something!

The past few days or so the driving onslaught of negativity has been intense and unrelenting, which is typically a clue that something really positive is coming soon hence why the dark push is so strong before it arrives. These final days (by days I mean minutes, days months and years up to the final Expiration Date around the end of 2016) of old Duality grinding hot n’ heavy up against the NEW Light Unity Consciousness energies is so painfully obvious in all ways that there’s nowhere to run to escape it…other than our own High Hearts.

So if you also experienced these recent days of difficulty as I have, have you also felt the blessed shift from all that to the return of more Light energies? The presence of more Light flooding in as it did once again, this time around late Wednesday and very fully by Thursday morning August 20th, effortlessly pushed us into another NEW higher space or area where all that negativity is not. Stair-steps.

The feel of pristine Light minus frantic Dark thrashing about trying to get at you constantly feels glorious of course. We’ve been through this a thousand times already, and we’ll go through some more of it before it’s all said and done, but, this time has been a really big move forward into NEW space once again and I just wanted to celebrate it with all of you. Each time you/me/we embody more NEW Light regardless of what’s going on, we help seed another evolutionary lift for All up another Stair-step, or two or three. This time the jump has been really big which is also a clue that September 2015—Sept. 12th Solar eclipse at 20° Virgo, and the Equinox on the 23rd, followed with the Lunar eclipse at 4° Aries on Sept. 27th—will lift us even more.

Have you also felt how much easier and quicker your High Heart intentions manifest now? Thank gawd is all I have to say about that! The ‘High Vibe Tribe’  to borrow a great and fun Sandra Walter term, is increasingly operating as a Unified 5D Group for each other even when they’re not consciously aware of it yet. They soon will be however, and the real fun begins when everyone is consciously aware that they’re all on a “Party Line” with all like others. (Some of you young folks won’t know what a Party Line is but in the old days of long, long ago 🙄 phones could have two or four or more lines all using the one line and if you picked up your phone to make a call you’d hear other people talking and have to hang up and wait until they were done to make your call, and hope no one listened in on you when you did! This is much like what life at a 5D Consciousness level is like and everyone will have to learn NEW 5D etiquette.)

Anyway, the High Heart is quickly becoming something more and more of us are all existing and functioning in which means we’re sensing, feeling and are vastly more consciously aware of each other. This will only grow and become something very wonderful, natural and normal for all.

Thank you to those of you who’ve sensed that I needed some financial help again. Your help is made even more special and dear to me because I didn’t ask for it; you sensed, you felt and you responded. Oh, my/our Hearts. ❤ 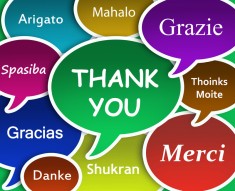 Enjoy and use this latest energetic lift after the struggle it was to reach it. This is how it works and eventually it’ll be nothing but lift all the time and won’t that be grand? 🙂