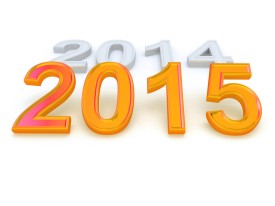 I’ve wondered for years how the human population would make the massive shift out of the old lower frequency lies and greatly limited consciousness into the NEW higher level. Utter dis-empowerment has been so thoroughly ingrained into humanity for so long that I’ve wondered how that great leap could even be made. Answer, massive amounts of different frequencies of Light Energies pulsed wave after wave from the Galactic Center, and even more from sources far beyond the Milky Way galaxy, physically and energetically impacting the solar system, Earth and humanity for many years.

All that naturally and automatically activates the intentionally disconnected DNA within humanity (old Team Dark actions) to jump start this Evolutionary Cycle that will happen at a higher level of being, consciousness and reality providing a NEW physical earthly schoolroom for ascended humanity with NEW tools and NEW blueprints. Sounds so easy doesn’t it, but we know differently! This has been real work and dangerous at that and it’s taking more linear “time” than we’d like mostly because many of us are utterly exhausted and in great pain from living and embodying the Ascension Process first.

When viewed from a distance, and a higher one at that, this entire Ascension Process is easy and incredibly fast. However, when viewed from physical 3D earthly ground zero it’s a whole different story as you very well know. The horrible crushing density of it, the never-ending linear time of it, the resistance to it and ongoing brutal countermeasures from Team Dark because of it has made the Ascension Process something far more difficult than most of us Volunteer Forerunners/Starseeds/Wayshowers were physically prepared for. Oh we’d been well prepped before we voluntarily descended into 3D physical density Duality to physically embody and anchor the Ascension Process on Earth from within physicality, but these are obviously two wildly different states of being and dimensionality.

All bitching, complaining and crying aside, we’ve accomplished what we came here to do and we have the hard-earned battle scars and invaluable sacred knowledge from having done it physically to prove it. At this point within this Process, we’re riding out the difficult and volatile phase of TRANSITIONS out of the lower old and into the higher NEW. At this point within this Process, we’re surfing mega shock waves naturally produced from the Separation of Worlds & Timelines that are happening at the end of the great energetic ascension push of the past 25-30 years or so. This is somewhat comparable to a thoroughbred horse race where all the horses and riders have rounded the final bend and are seriously, frantically and exhaustively pushing and jockeying for position all the way down the last bit of track to reach the Finish Line first. This is the bumpy, frantic, slightly dangerous final driving push of the whole business all the way down to the Finish Line (meaning the cutoff Expiration point for everyone, especially Team Dark, from being able to switch from one timeline into others and able to influence them and people in them etc. other than the one they’re in then) with everyone exhausted, covered in dirt and desperate to win. Is it any wonder that things have been so difficult and strange since the start of 2014?

Over the eons of Team Dark rule, humanity has been thoroughly disconnected from, deliberately redirected away from their natural, normal abilities to access higher levels of awareness and reality. This has been the case for so long that humanity has forgotten how to be the aspect of Source/God/All That Is that they naturally are. Because of these endless dis-empowerment tactics and “brainwashing” from Team Dark, humanity has wholeheartedly believed that they are separate from Source/God/All That Is and that they have nothing of any real value within themselves. They’ve been conditioned to this false belief of course for the obvious reasons. However, now that we’re at this phase of the Ascension Process, humans are having to cast off, release, let go of that ancient and powerful lie and step back into self-empowerment and self-responsibility. Notice how the two go together please. YOU are your own savior and salvation, you as that aspect of Source/God/All That Is, not someone or something outside of you or external. IT is YOU, IT always has been, hence why Team Dark has worked humanity over so hard and long to believe otherwise.

This brings us to the current point where all of us are increasingly having to face the fact that we are indeed aspects of Source/God/All That Is which means we’re anything but dis-empowered and disconnected! Think about how great this one thing really is for everyone from Forerunner to mass humanity. This is one epic shift, one epic TRANSITION for humanity after thousands of years of being convinced that they’re main worth and value is to die on some battlefield (Team Dark’s sacred alters) and/or give birth to more humans—preferably males—to also die on some battlefield somewhere on the planet across time. Insanity, sick, revolting insanity, and the worse is that it’s not even ours but something overlaid and forced on humanity by nonhuman, nonphysical beings! Humans have been trained to fight and kill other humans and all for unseen nonhuman beings that benefit from human suffering, pain, violence, bloodshed and death.

Going from that to what we are is one massive shift indeed, and thankfully humanity has the natural benefit of all the evolving Divine Light Energies flooding in to help them make this nearly incomprehensible evolutionary leap in what’s actually a very short period of linear time. That and the Forerunners who used their physical and energy bodies within physicality to receive,  seed and anchor the higher NEW Light Energies into this dimension and planet for humanity across time.

When I started this I’d intended to write about something else but this is what came out and I know to go with the higher flow. 😉 I hope this helps you in some way to more easily cope with the tremendous and rare times we live in now. It won’t last forever, plus what we’re going through now is super important for many reasons so pay attention, discern, redirect your thoughts and emotions when needed to help keep you on the track YOU want you to be on at this point. We’ll reach that Finish Line—the end of the time where we can repeatedly jump, switch back and forth between different timelines/worlds/realities etc. as will Team Dark—so make every Now Moment your empowered, connected, conscious High Heart Now Moment. You individually count so much more than you realize yet. You are invaluable, you, not someone or something outside you. You are IT. Live, Love, Create like the great Creator Being you actually are. ❤

Donations can be made here Thank You for the energy exchange.