A few days ago Stu, an old Starseed friend emailed me and asked, ‘What do you think has happened with the missing airliner Denise?’  Because I’ve been so very busy with multiple physical doings and non-physical Conscious Creating and Intending and constant escalating Embodying etc., I haven’t even answered him yet but have decided to do so through this short but important article. [Please also see the link to what Cosmic Awareness has said so far about the “missing airliner” below my article.]

Like I said, I’ve been unusually busy with multiple physical things since February and I know this isn’t going to slow down anytime soon. I’m learning how to “do” when needed, “not do” when needed, exit linear time when needed, reenter linear time when needed, “be” when needed, “be” whenever I feel like just “being” from my High Heart Consciousness Center, and, further embodying the approaching NEW March 2014 Equinox Energy Wave. My ears ring constantly and my body reacts to the NEW higher frequency Light Energies getting closer and closer to Earth and feels the weight and pressures from them building, but what’s new about that at this point right? We simply continue doing, being, embodying and radiating what we have been all along as Volunteers/Wayshowers. 😉

What I immediately sensed about the missing airliner is that all the people on it are not dead. Most sensitives all perceive, feel, sense, clairvoyantly see or dream about a big event that’s about to take place physically where a great number of people will suddenly be dying before it actually happens. I’ve not once felt this or perceived this with this missing airliner and the people on it. What I have felt was that this airliner was taken.

The next immediate thing I do is scan the physical landscape or whole planet if needed to try to perceive, feel, sense, see where the airliner and its people are. In this case I have not clairvoyantly seen it or them anywhere on Earth or under some ocean somewhere.

So I’m not sensing that the airliner has crashed anywhere, that the passengers have died, or that the plane has been physically hijacked — I’m sensing that it has been taken and all people on it are alive. The next thing I did after not seeing or sensing these people on the physical Earth dimension was to do what I and other sensitives/Seers typically do, which is scan the Astral dimension to see if the recently deceased people are there and being attended to by positive assistants to help them “crossover”. Nope, they weren’t dead and in the Astral dimension either that I could perceive.

The next thing I did perceive about this situation was that–and this is going to sound corny but I’m telling you exactly what I’ve perceived and in the order I’ve perceived it–was that this situation is “Twilight Zone” like in that the airliner and its passengers and crew have been taken and are existing elsewhere. Now I must admit that this isn’t that weird to me, personally having consciously moved between dimensions many times myself. We’re multidimensional Beings, always have been, so this isn’t that weird to me. To other people however, this will literally be reality shattering. What did we think or expect the incoming NEW 2014 Energies to be anyway? More of the old? Not hardly!

The next thing I became more aware of about this missing airliner was that the entire world was, is, becoming more involved with trying to physically locate the plane, parts of the plane, people or dead bodies, the black boxes or anything at all at this point. While watching the TV News the other night I saw more and more people from different countries joining the search for the missing plane, and in that moment I perceived this situation from a higher, Ascension related, incoming of the NEW 2014 Equinox Energies perspective and it blew my mind in the very best of ways.

I perceived that this is a global event and everyone globally is paying attention to it which is super important and telling. Secondly, that it is multidimensional, which, needless to say, is incredibly important and very telling, especially at this time right before the NEW arrives via the March 2014 Equinox.

All I’ve perceived to date is what I’ve told you here; the plane exists and all the people are alive but they’re not in this timeline that you and I are. I perceive that so much more is behind this event than what it looks like at this point, but I do believe it all is directly related to the Ascension Process at this time just before the NEW Energy Wave is about to arrive fully in this physical location or space time.

The next thing that happened to me about this missing airliner was that I read the latest channeled message by Cosmic Awareness (through Will Berlinghof at Rainbow Phoenix) today, which is the link I’m including at the end of my personal article. After reading it, many pieces I’d perceived earlier fell into place a bit more, and the thing about “disclosure” and people wanting, needing, endlessly waiting for and demanding that the government(s) finally tell the truth about ETs, UFOs, abductions, ET technologies and weapons etc. and other off-world ET type happenings be revealed to the masses finally. How about this and much more instead? How about the whole world simultaneously gets to evolve into learning that ETs and Team Dark and Team Light and Ascension and so much more is all “real” and global consciousness is evolving and expanding and global change is happening in ways few could comprehend? How about that instead of the old patriarchy continuing to dribble out some more lies and distortions to those who can’t perceive multidimensional reality for themselves yet? Happy March 2014 Equinox NEW Energy arrivals everyone and know that this is just the start of sweeping improvements. Consciously Create, embody and anchor the NEW for humanity my fellow Volunteer Wayshowers, and we’ll help mass humanity with this mega transition into the NEW easier and faster.

Donations can be made here  Thank You so very much.

Copyright © Denise Le Fay and HighHeartLife, 2014. Use or duplication of this material is strictly prohibited. All rights reserved.

Rainbow Phoenix — ‘The Mystery of the Missing Airliner’ 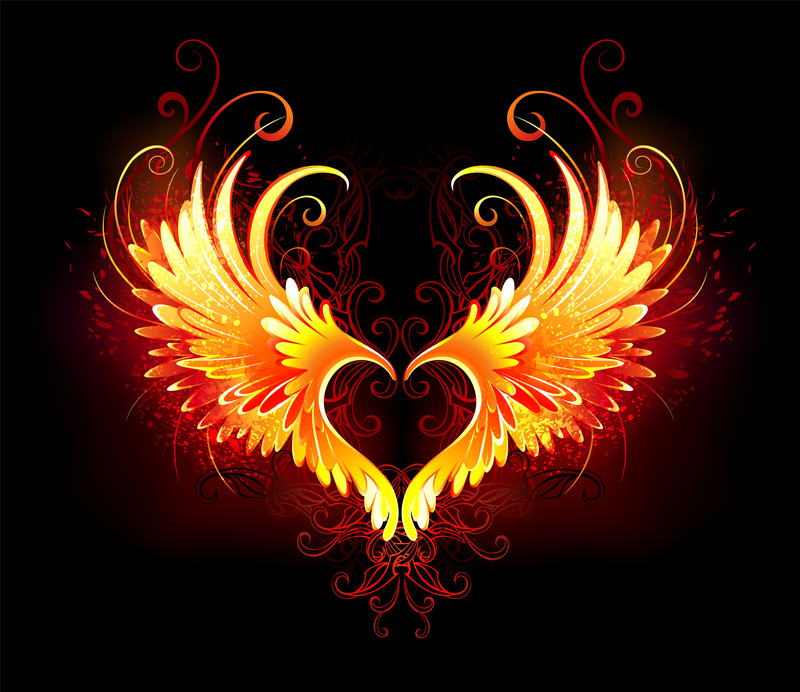